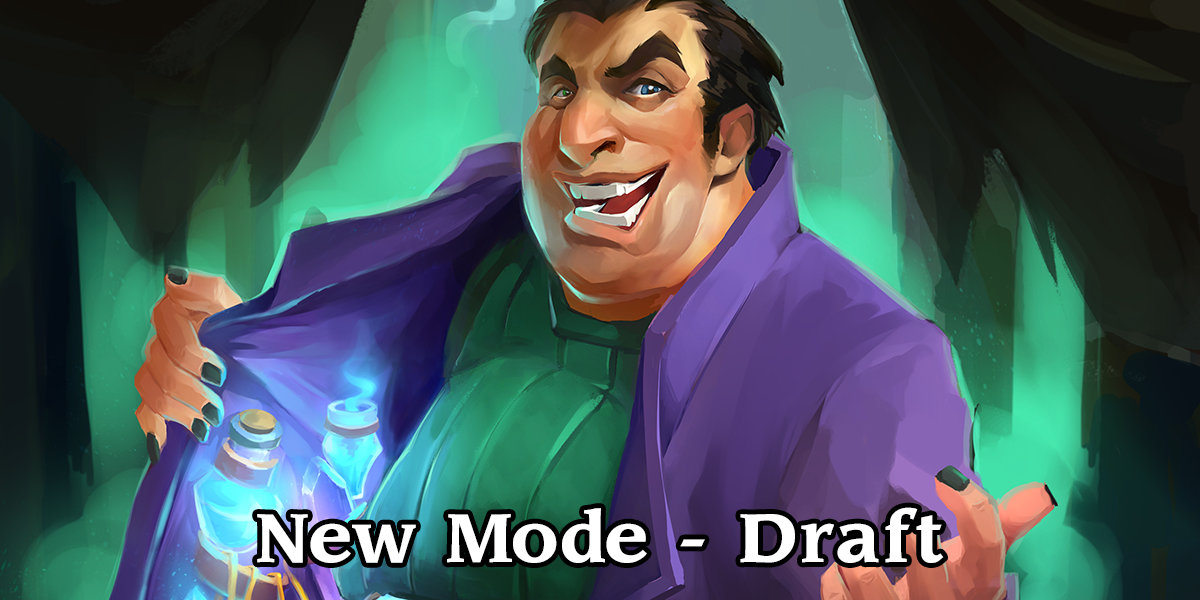 Less than a month following the release of our Tournament Mode we are excited to announce a new addition to the selection of available Game Modes – Draft. This is one of the game modes that any card game should have and we didn’t want to keep you waiting for too long.

It is also important to note that we are releasing Draft Mode as next feature because you, the community, voted for it.

If you are not aware of what Draft is – the standard format follows a pretty simple set of rules. Usually, you enter the mode with no deck or preparation. You are then presented with a set of cards. You can choose one (or, in some cases, multiple) of those cards to add to your deck. Then a new set of cards is presented to you. This process is repeated until you have your deck completed.

You play a series of games with your newly forged deck – most commonly until you get a certain number of wins or losses and get some rewards. The deck you forged exists only for your current run.

This is the standard Draft Format that all card games have adopted. It wouldn’t be very Rebellious if we didn’t add a twist ..or two. Let’s take a look at our version of the Draft Format!

To start a new Draft run you will need to have a Reputation Level 5 with any Mythologies. You can then pay the entry fee in either Draft Tickets, Diamonds or Gold. 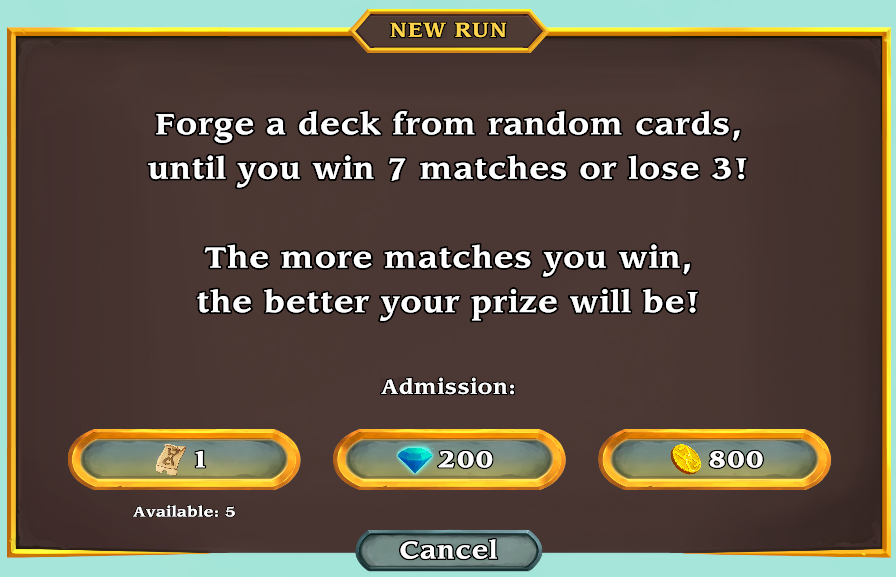 To celebrate the Draft launch and let you experience this mode, all players will be granted 2 Draft Tickets, including newcomers. 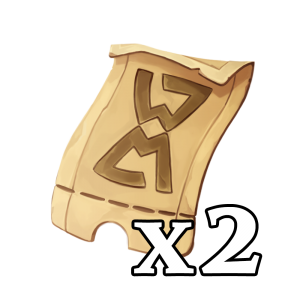 After the start of your Draft Run, you will be presented with 4 Leaders to pick from and crush your enemies. One of those Leaders will be guaranteed to be from the Mythology you have pledged Loyalty to (your Active Mythology). It is also guaranteed that no more than 2 Leaders from the same Mythology will be available for selection. These systems ensure that you’re never “stuck” with playing a Mythology you dislike. 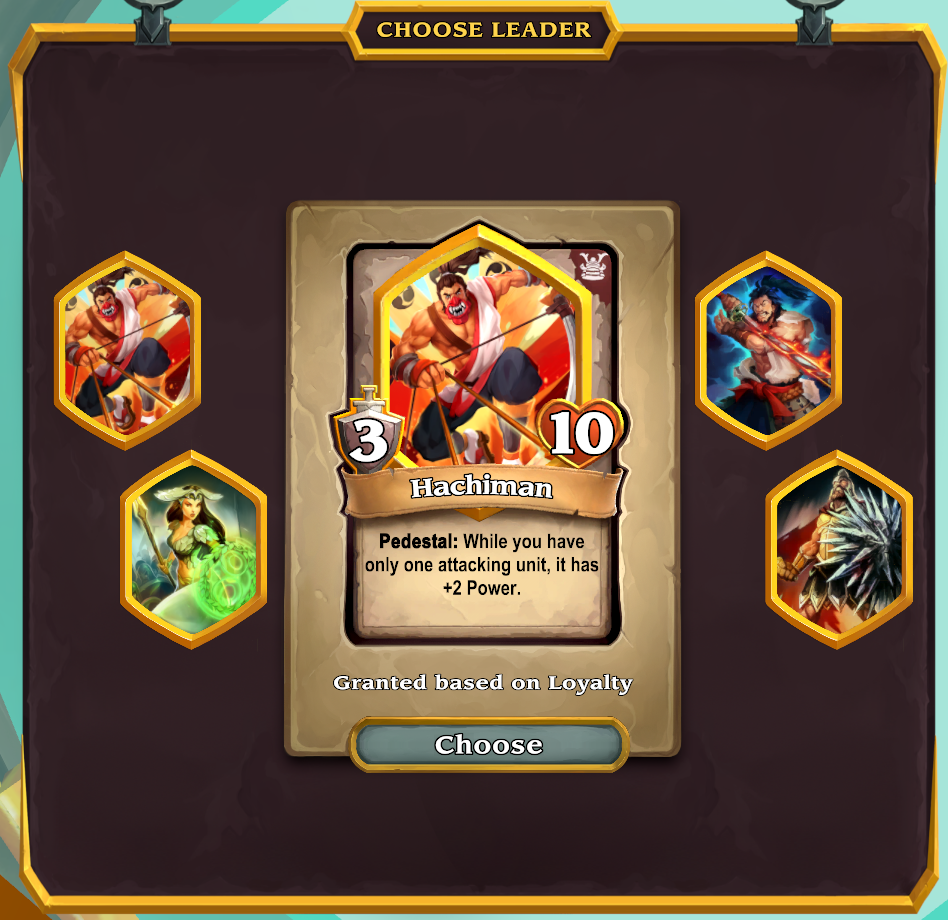 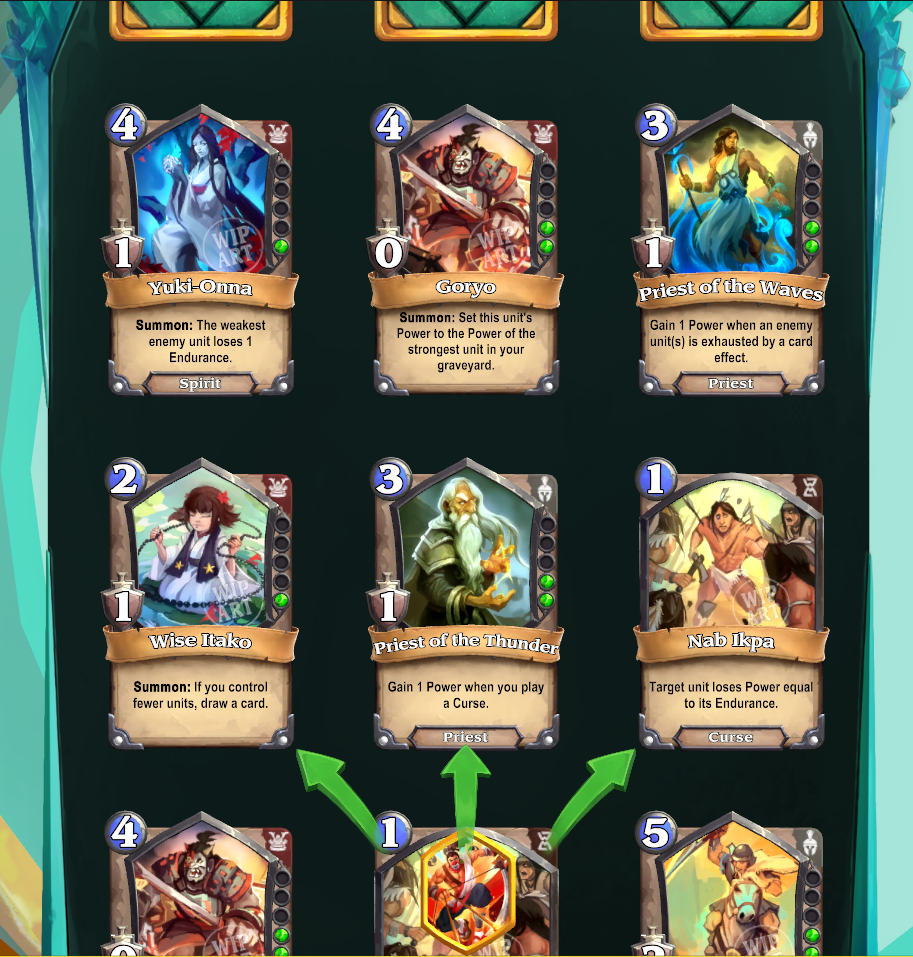 We believe that positioning in card games should matter. In fact, we’ve added positioning in World of Myths’ core game without including any sort of tiles system and we are extremely happy about it. We managed to add it to our Draft Mode as well.

The card selection process is actually your Leader jumping from one card to another, thus making your choice. However, your Leader can jump only to the adjacent tiles in front of him. It really feels like a game within the game and we hope you like it as much as we do. 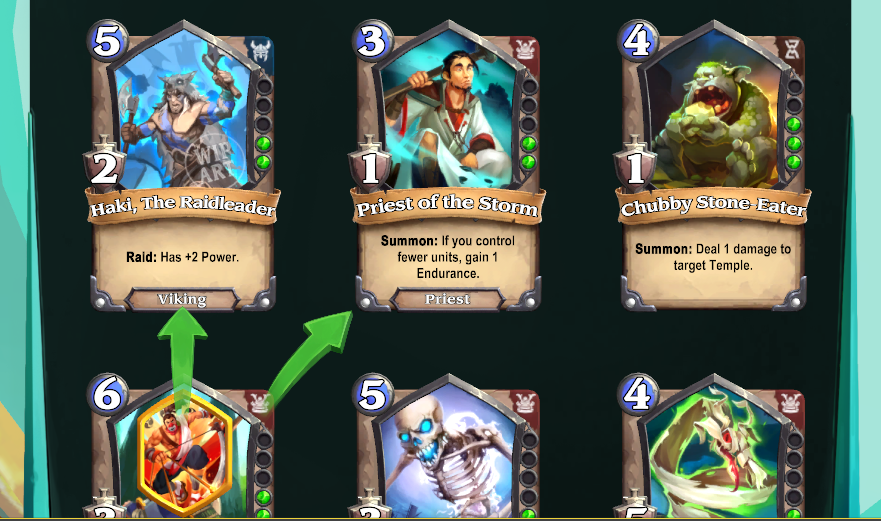 Other important things to consider: 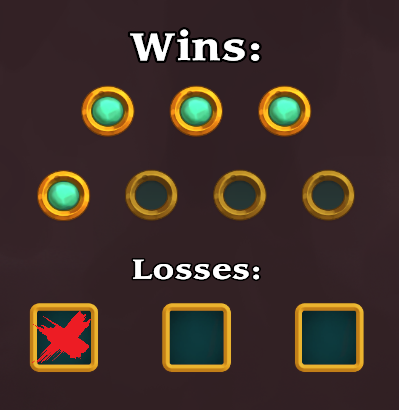 The first player to achieve a perfect run of 7 wins and 0 losses (7-0) and report it will be announced the winner. If no such player is found the next one who reported the highest score will be granted the reward. This means that the winner could even be someone with a score of 5-3 score!

To report your score, simply send a screenshot to pavelk in our Discord server. Of course, feel free to send multiple screenshots if you decide to do multiple runs – there’s no limit! And don’t forget that time is of the essence! 😉

You may remember that MesoAmerican was voted as the next Mythology to enter World of Myths. You can now vote for the one to follow!

As for the MesoAmerican…I will just leave this here and hope you will stay tuned as we will be releasing new information really, really soon. 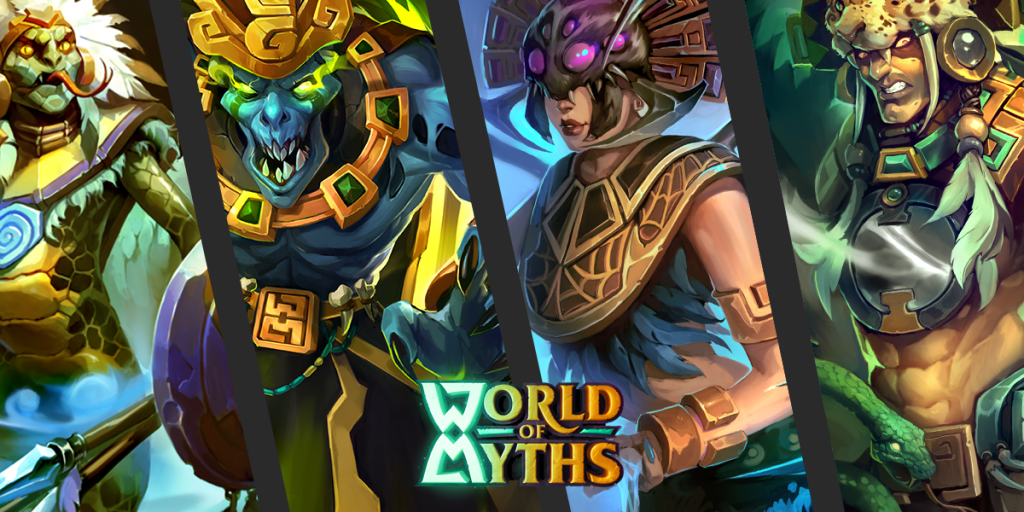