You are here:
Releases 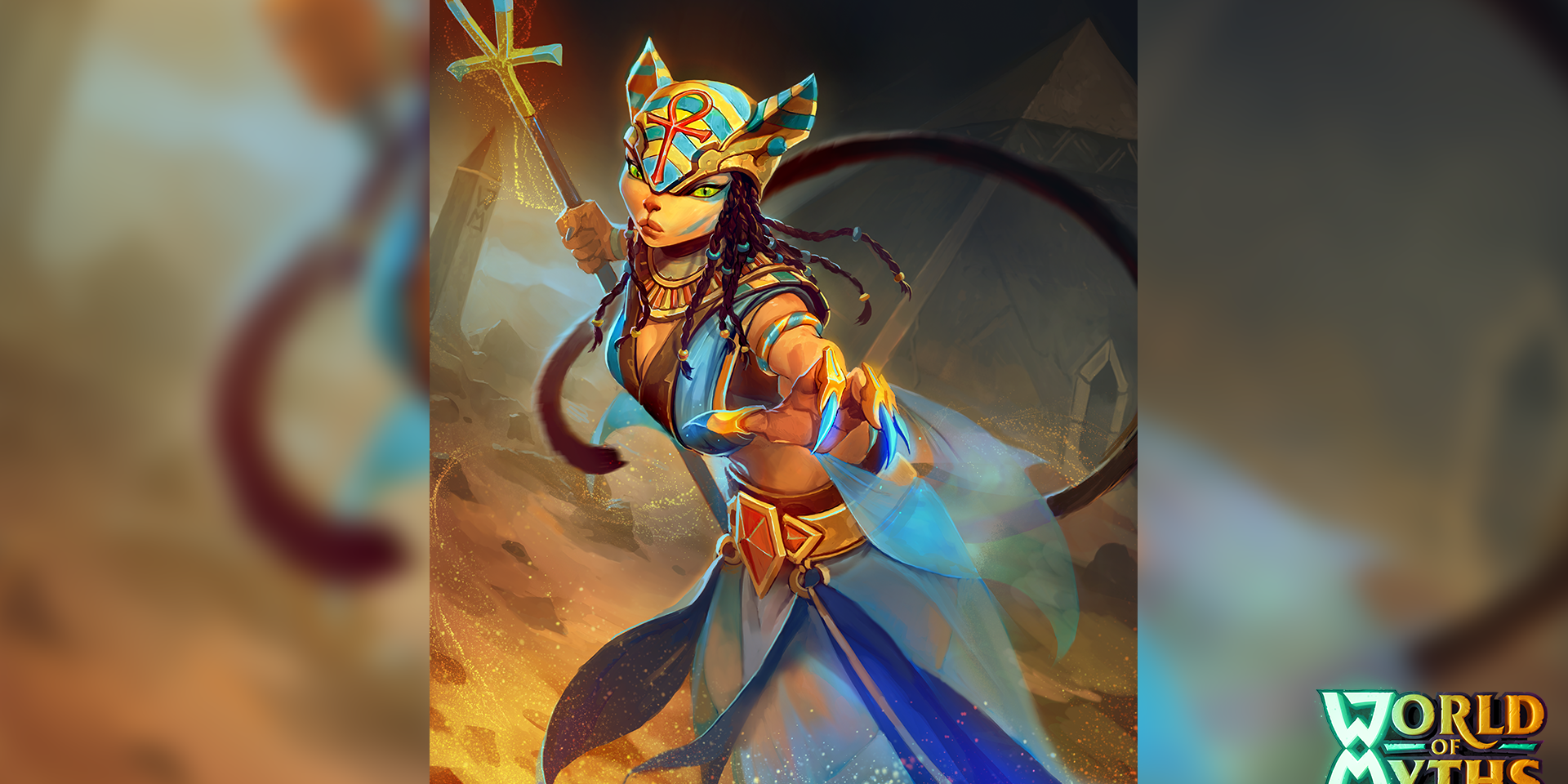 Prince Setne held the divine book of Thoth with a tight grip. His boat had finally reached Memphis after a long journey back from Naneferkaptah’s Tomb. He had traveled there to steal the ancient book and narrowly avoided eternal imprisonment in doing so.

What good is the book to anyone in a Tomb? Knowledge is to be pursued and obtained, he reasoned with a smile. The book had two spells in it, the first would let one charm the sky, the earth, the netherworld, the mountains, and the waters. To know what all the birds and reptiles are saying and see the fish of the deep. The second, whether one is in the Netherworld or in their earthly form, would make them witness Pre appearing in the sky with his Ennead of Nine, while the moon would be in its form of rising.

As they paddled towards the shore, Setne set his eyes on a woman walking along with her servants. The world around him slowly began to disappear, as all of his attention focused on her. Setne had never seen such divine beauty. There is no other like her in appearance, he thought. Once Setne laid eyes on her, he forgot all reason.

‘Make haste to that woman which has liberated my heart and inquire after her position!’ Setne ordered one of his servants. The man rushed over to where he was commanded. The woman was followed by Two Priests of Alabaster and two young maidservants along the shore. 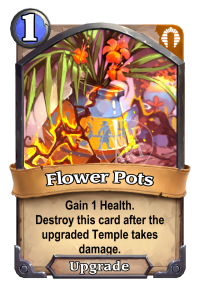 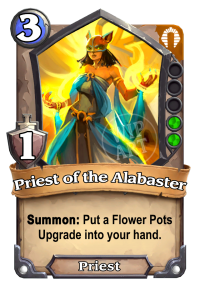 ‘What woman is this?’ asked Setne’s servant.

‘It is Taboubu, the daughter of the prophet of Bastet, mistress of Ankhtawi. She has come to worship Ptah, the Great God,’ replied the maid.

The servant returned to Setne and told him of the maid’s reply.

‘Go tell them I am Setne Khamwas, the son of a Pharaoh, and I will give Taboubu ten pieces of gold to spend an hour with me. If she has woes, I would heal them. I would care for her and have her taken to a hidden place where none on earth shall find her,’ instructed Setne.

The servant caught up to Taboubu again. He stopped and conveyed Setne’s words, while the others listened. The young priestess turned to him with a coy smile dancing on her lips.

The servant ran back to Setne and delivered the message.

‘That suits me just fine!’ Setne avowed and ordered the boat turned to Bubastis, which was still a day ahead. The servants and scribes plead to visit their families in Memphis, but Setne waved a hand in disregard. They were to make for Bastet’s city immediately.

Setne’s boat arrived in Bubastis with great haste. He came to the west of the suburb and found a majestic house with a wall around it, a garden to the north and a seat at its door. 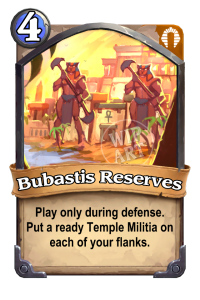 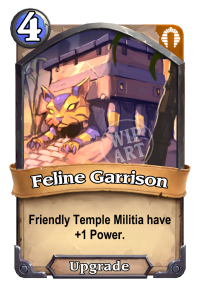 The Prince walked inside the walls and a couple of priests quickly announced Taboubu, as she came down the steps of the great house and took Setne’s hand.

‘By the fortune of the house of the prophet of Bastet, mistress of Ankhtawi, I welcome you, Prince Setne Khamwas. It will please me greatly if you would take the trouble to come up with me,’ she said, as she led Setne up the stairs.

They arrived at the upper story of the house and walked through the doors. Setne had only seen such splendor in a Pharaoh’s Palace. The floor was adorned with precious stones, the walls and ceiling were covered in sacred writings and there were many couches, furnished with royal linen.

The servants shuffled back and forth. A golden cup was filled with wine and put into Setne’s hand. Incense was put on the brazier and ointment, of the kind for Pharaoh’s, was brought to him. He stared at Taboubu, never having seen anyone like her, intoxicated by her beauty.

‘May it please you to have something to eat?’ the priestess asked him.

‘I am not in the mood for food. Let us accomplish what we have come here for,’ replied Setne eagerly, moving closer to Taboubu.

‘I am of priestly rank, not a low person. If you desire to do what you wish with me, you must make for me a deed of everything belonging to you and offer it to me freely,’ she declared.

‘Send for a scribe!’ shouted Setne in reply, without so much as a thought, as his eyes devoured the priestess before him.

The scribe was brought at once. They made a deed for everything belonging to the Prince and he offered it to Taboubu freely. As she took the deed into her hands, a priest entered the room and bowed.

‘Your children are below,’ said the priest to Setne.

‘Then let them be brought up,’ he replied.

While they waited, Taboubu rose and began changing her garment of royal linen. Setna watched stupefied and his desire burned even brighter than before. He could wait no longer.

‘Taboubu, let me accomplish what I have come here for,’ he pled again.

‘I am of priestly rank, not a low person. If you desire to do what you wish with me, you must make your children subscribe to the deed. Do not leave them to argue with my children over your property,’ she prodded.

Setne’s children arrived and he had them sign the deed too.

‘Now, let me accomplish what I have come here for!’ he entreated once more.

‘I am of priestly rank, not a low person. If you desire to do what you wish with me, you must have your children killed. I would not have them fight with my children over your property,’ directed Taboubu.

‘Then let the abomination that came into your head be done to them,’ agreed Setne, his mind shattered by a maddening lust for Taboubu.

She clapped her hands and summoned a pair of guards with helmets shaped like the mantled heads of Lions, they unsheathed their swords and she had his children killed before him. Then she ordered them thrown from the window to the dogs and the cats. She turned back to the Prince and still saw naught, but yearning for her flesh.

‘Let us accomplish what we have come here for! Everything you wished for, I’ve done it all for you!’ he implored.

‘Come into my chambers,’ she purred, as she spun around and left the room.

He followed her into the next room, where she lay on a couch of ivory and ebony. The light was dim, but her features seemed to radiate in his eyes. He laid beside her and extended his arm, but as soon as his fingers touched her skin, she let out a scream and disappeared.

Setne awoke naked in the middle of the Pharaoh’s Palace with his member stuck in a clay pot, his body burning with pain. He looked around and saw the people laughing at his shame, but among them were his children and he cried with joy to see them live.

‘It is Naneferkaptah who has done it all to me!’ he hollered.

Setne looked upon the Pharaoh’s throne and saw Hatshepsut. On her right stood Taboubu, smiling mysteriously. On her left, he recognized Anuket, the woman of the Nile. He bowed his forehead to the floor. 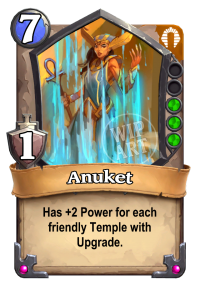 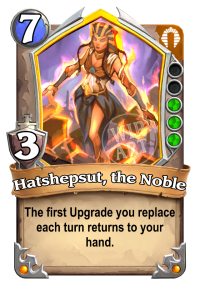 Anuket walked forward and looked down at him with pity in her eyes. She placed a hand on his shoulder, cleansing the burning pain, then she walked back to the Pharaoh. Hatshepsut ordered clothes to be brought for him.

‘I have learned of your transgressions against the Gods, Setne,’ said Hatshepsut. ‘You have stolen what does not belong to you and treated a Goddess with disrespect. The Gods will punish you for eternity if you do not return the book and ask forgiveness from the divine Bastet.’

He put on the clothes that were brought for him and bowed again. Then just as his forehead touched the floor, a realization dawned on Setne, Taboubu wasn’t just a priestess of Bastet. She was Bastet herself. The Goddess of Justice had toyed with him like a mouse, humiliated him and made him experience the punishment that awaited, should he not appease the Gods. 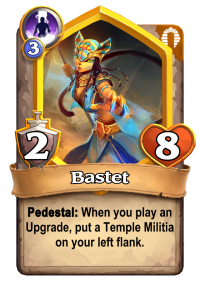 ‘I ask your forgiveness, Goddess Bastet, mistress of Ankhtawi, I lost my mind after gazing at your beauty and all my reason left me. I would do anything to atone,’ he said humbly.

‘Return the book to Naneferkaptah, its rightful owner, so he may watch over it until the world ends,’ ordered the Bastet.

‘Take it back with a forked stick in your hand and a burning brazier on your head, that is the only way you will get safe passage to the Tomb’ urged him Anuket.

He nodded and bowed again, then he bid the Pharaoh and the Goddesses good fortune and left to return the book of Thoth.