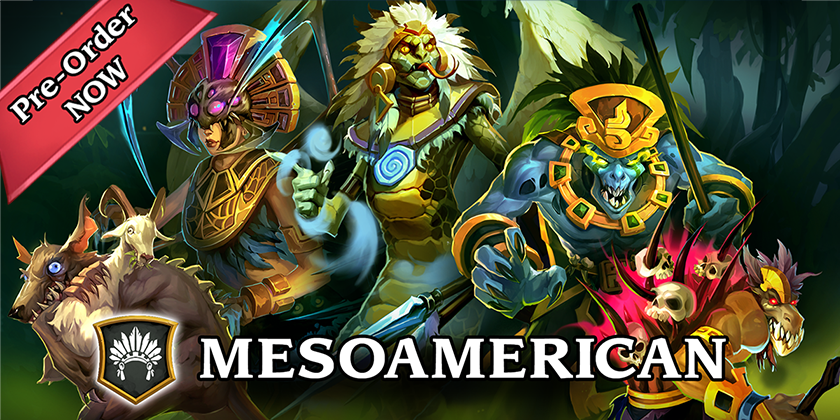 The time has come for World of Myths to once again expand its horizons! This time, we turn our eyes to the West – a land where men carve wonders out of stone, honor their Gods through ritual offerings, seek to embody fierce animal predators in combat and some even live among tall mountain peaks, perceived to be the very seat of the Gods! Joining our warring Pantheons will, of course, be the masters of sacrifice and divine combat – the MesoAmericans!

No one is safe

The existing Mythologies – Greek, Norse, and Japanese are not the only one who should feel threatened. The MesoAmericans are prepared to do whatever it takes to earn their Gods’ favor – even going as far as offering up their people’s very lives in sacred sacrificial rituals! Glorified to the point of tradition, these practices were at the center of “sports” events called “Flower Wars”, where armies would meet with the express goal of capturing as many enemy combatants as possible to use as sacrifices later. In fact, prestigious military ranks such as Jaguar Warrior or Eagle Warrior were awarded only to those who could capture a certain number of prisoners. Needless to say, sacrificing your own units to receive a benefit is at the core of the MesoAmericans‘ gameplay!

While ritual offerings were a way to appeal for a God’s blessing, it was not uncommon for the Gods to assist their favored people in another way – namely, by directly employing their destructive power to smite any foes. With a preference for staying on the battlefield and abilities which help them single-handedly demolish the enemy, some MesoAmerican Gods truly enjoy flaunting their divine strength. If you like using your Leader in battles and keep them on the battlefield, then this might just be the Mythology for you!

With the abundance of jungles in MesoAmerican lands and the significance of animals in MesoAmerican culture and myths, you can expect a plethora of Beast units to join the MesoAmerican ranks. Of course, when it comes to dark rituals and constant sacrifices, Demons also have a habbit of appearing and they are extremely eager to help you … for a price.

The MesoAmerican expansion will be released in Mid September. Meanwhile, we will have regular blog posts and videos, revealing the 4 new Leaders that will join World of Myths. The expansion will also contain 63 new MesoAmerican cards, as well as a number of Neutral cards. If you want to be the first to experience this amazing new Mythology and destroy your opponents through the power of sacrifice and divine strength, we have two offers of great value for you, available now for Pre-Order:

Kepp in mind that only one of the offers is available per account so choose wisely. All items will be granted with the release of MesoAmerican in Mid September. 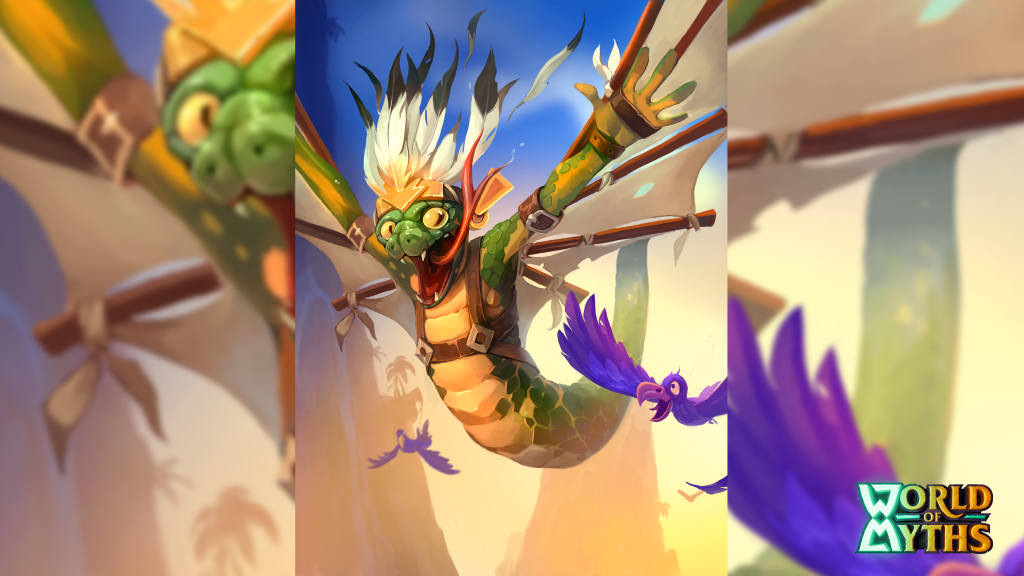 While we are working hard on bringing the MesoAmerican Mythology to you as soon as possible, we’ve also taken some time to improve our Tutorial. It has been completely revamped with things such as added Voice Acting, custom assets, extended length, and improved clarity. It also now acts as the starting point of World of Myths’ Lore! For existing users, the Tutorial is immediately accessible through its dedicated button in the Play Menu. However, if you want to get the full experience, we strongly recommend creating a new account as some interesting tidbits are not shown when you are replaying the chapters. 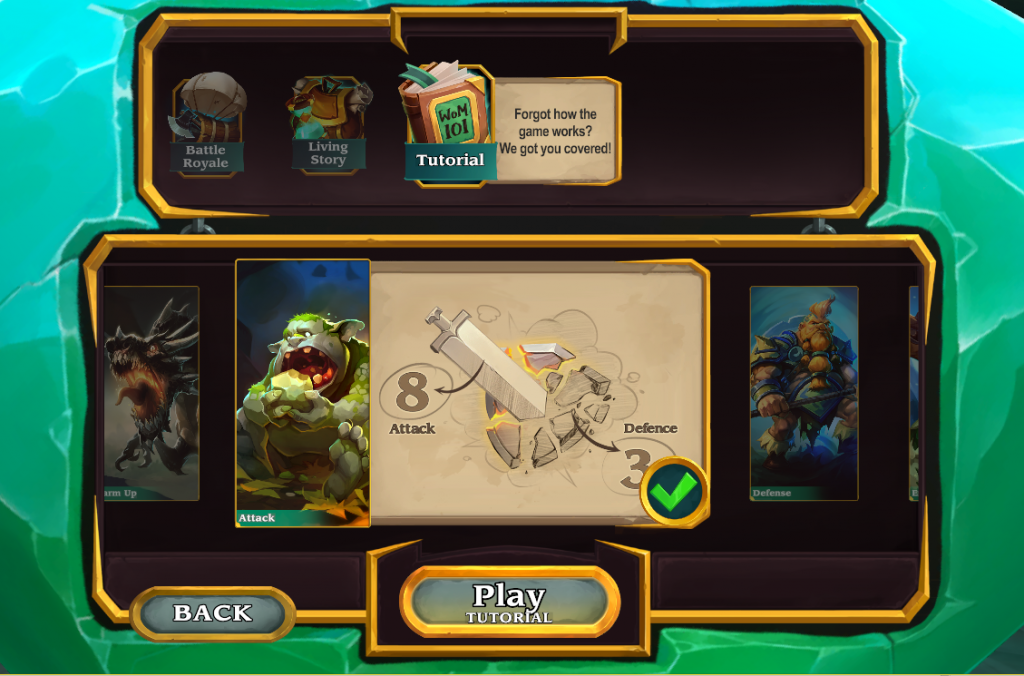 We have also updated the Diamonds offer in our Shop. Now, with your first Diamonds purchase, you will get:

Stay tuned as we will be releasing more information about cards and Leaders over the coming weeks! Meanwhile, make sure to jump into the game to check out the new Tutorial… or perhaps pick up the MesoAmerican Pre-Order. The Lords of Sacrifice and Divine Combat await… 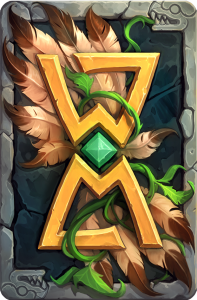