Tezcatlipoca – A Look in the Smoking Mirror 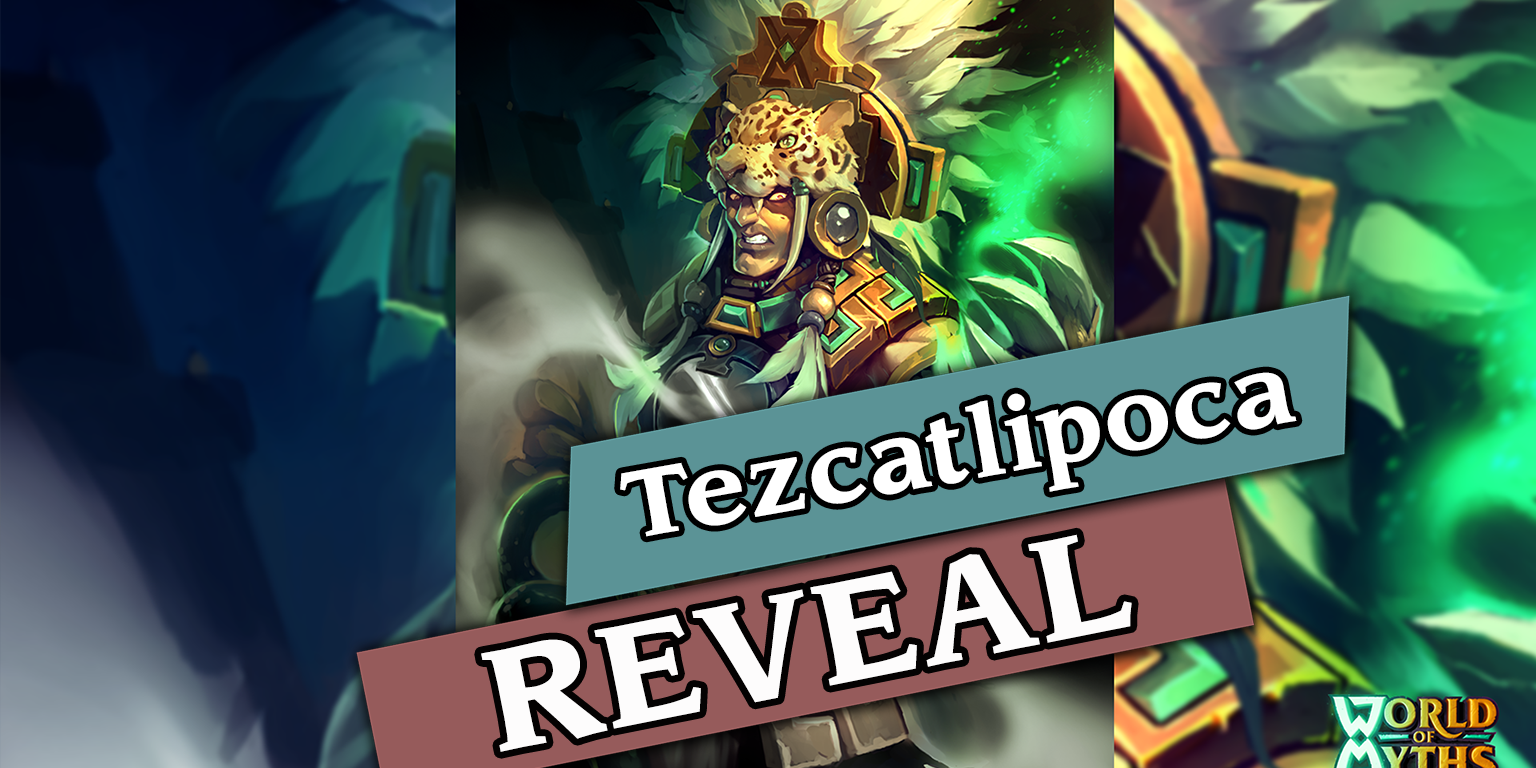 Every Mythology has its deities – brothers and sisters who are most often locked in a complex relationship – Amaterasu and Tsukuyomi in Japan, Thor and Loki in Norse, etc. Naturally, Aztec Mythology is no different.

While Quetzalcoatl’s is the one entity overseeing all, and inspiring the Aztec people to work and fight and live another day. On the other side of the spectrum, there is another deity, one that is far more sinister, far more dark and intriguing than the God of Wind. The two may be brothers, but they are as different as they can be. Here comes the Lord of the Night Sky – a dark and mischievous deity with many titles and just as many worshipers, ready to blow your enemies away.

Tezcatlipoca is a mysterious Aztec god, linked with many different concepts and considered the counterpart of Quetzalcoatl. The Jaguar God, as violent and unpredictable as he is, was a very complicated figure, but never lacked disciples. His devotees considered themselves “his slaves” and appeased their patron with festivals where they sacrificed captured warriors. No wonder that’s where Tezcatlipoca draws his power from. He gets stronger and stronger the more captives you have. Tezcatlipoca will also help you capture those poor warriors but not without a cost. You will need to be careful. Protect your Leader, gather the sacrificial lambs and smash the enemies beneath the Jaguar’s paw. 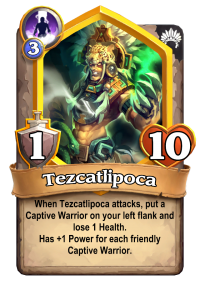 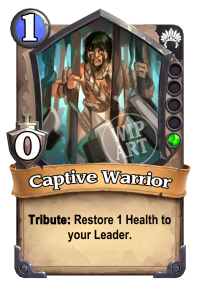 With Tezcatlipoca, a new ability will be added to World of Myths as well:

Tribute – Does something when sacrificed. (This will activate before any Deathstare effects).

The Night Is Darkest Just Before the Tlāhuizcalpan

Tezcatlipoca is one of those Leaders, that you would expect to be surrounded by vicious and bloodthirsty creatures. The zealots of Tenochtitlan have also trained the most ruthless warriors to serve under the Jaguar God and they are determined to splat your foes like a mosquito. The Aztec Headhunter is more than ready to startle your opponent by sneaking into your ranks unexpectedly and show dominance over them by bringing more chained captives with them. 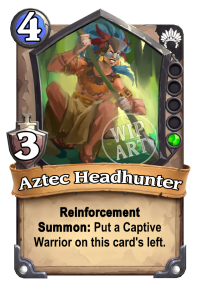 Needless to say, finding a way to dispose of the weaklings at your command is critical as you might find your board flooded with those. And what better way to do this, than sacrificing more than one at the same time. Cipactli – a gruesome incarnation of hunger itself – takes it’s rightful place in your ranks, eating through everything in its sight and gaining more and more power. This ravenous monstrosity has the potential to gain immense strength with his recycling abilities. 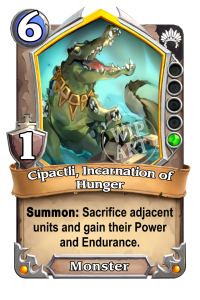 You can also take another, more risky approach and let Tezcatlipoca bleed almost to death, ignoring the offerings. Then a shadow may rise, formed by the spilled blood of your Leader. 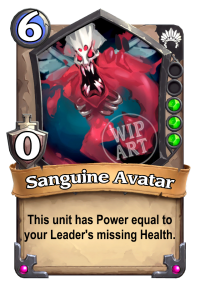 With these savage units and the power of the Night Wind at your side, your opponents will look for the quick way out, otherwise, this hurricane will sweep them off their feet and into the night sky without any chance of redemption.

Next time we’re stopping by the lost civilization of Teotihuacan and introducing a horrific female deity to our roster. And if she scares you, be sure she will scare your foes even more… Meanwhile, don’t forget to Pre-Order your copy of the MesoAmerican offers that we have in-game!