Death is Only the Beginning – Revealing Nephthys 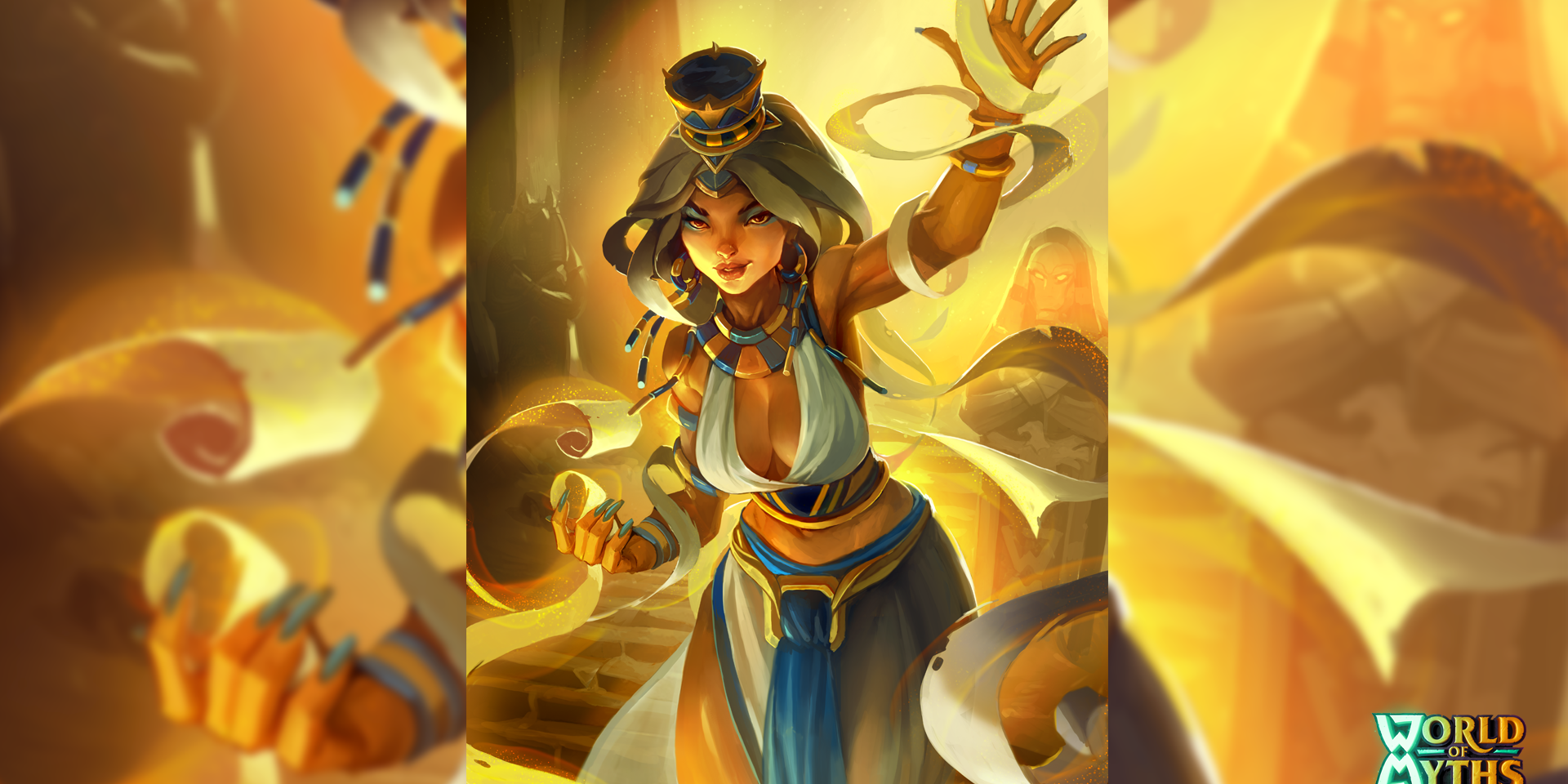 Red was all she could see. Crimson ribbons poured out from the chest of her beloved, making a scarlet puddle on the floor beneath him.

Aseneth let out a terrified scream as she watched the life leave his eyes. The young prince fell lifelessly to the ground, his face still distorted in defiance of the act.

The killer now turned his attention to the frightened girl against the wall. He stalked towards Aseneth menacingly, blade dripping with the prince’s lifeblood in his right hand. 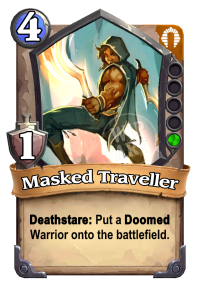 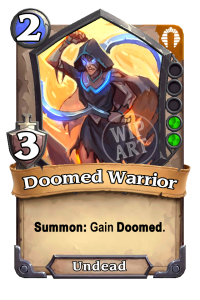 As he approached, she drew up her courage and stood up, back against the wall. “How…..how could you do that to your own brother?!” She knew she was dead, so she at least hoped to get answers before she made her journey to Duat.

But the killer didn’t oblige her with an answer. He didn’t owe her anything. He didn’t even acknowledge that she said anything. He plunged the same dagger he had used to kill his brother a moment prior, into her stomach. Her eyes went wide as she spit up even more red. She was then pushed to the floor where red now pooled at her side as red faded to dark.

Black was all she could see. A dark nothingness was all she now knew. Shades moved on the black background, in and out of view.

One of the shades moved closer, finally taking shape into a humanoid form. The figure was shrouded and the face was obscured by a mask. “The Goddess Isis and the Goddess Nephthys welcome you, daughter of the temple. While your life has ended, your journey is just starting.”

Aseneth looked puzzled at the statement. “What? Who are you? Where am I?” She then began to panic. “Where is Abayomi?!”

“Death is only the beginning.” The figure stated before vanishing back the way it came. And then it was quiet. Black and quiet. There didn’t even seem to be air around. It was complete nothingness again. She wanted to scream, she wanted to run, to escape, but her body didn’t respond to her commands. The silence went one for what seemed like an eternity.

The emptiness finally broke, not by sound, but by light. A torchlight to be precise. The sound of footsteps followed the light as a figure took shape holding the torch. This figure was much clearer than the previous one. This was distinctly a male figure. A young male, younger than her, by several years, wearing princely regalia. Wait, not prince, Pharaoh regalia.

When the boy approached, he smiled at her. “Welcome, Aseneth, daughter of the temple. I am Tutankhamun. I come bearing a warning. Love doesn’t dwell. You only have one chance. Death is only the beginning.” 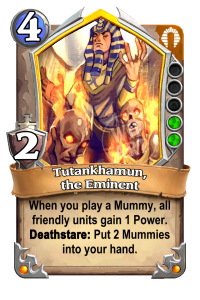 “What does that mean?” She asked, confused. But, the Pharaoh has only his smile to respond to her. He begins to fade the same as the last figure, except this time, instead of disappearing he morphed into a blob of shadow and darkness.

The blob split into two and each began to take shape. Two of the largest lions she had ever seen took shape out of the blobs or darkness, each with their backs to each other. One faced to her left while the other faced to her right.

To her surprise, the lion on her left began to speak. “I am Duaj. If the past you seek, go left.” Then the lion on her right spoke. “I am Sefer. If you are ready to face the future, go right.” Then they both spoke at the same time. “We are Aker. Choose now your path. Past or Future, for your presence, is no more.” Then the massive divine beasts were silent except for the occasional swoosh of their tales as they brushed against the ground. 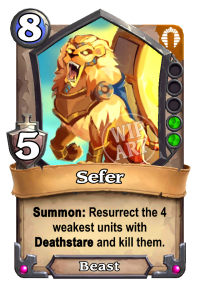 It was then that Aseneth noticed she could move again. She looked to her left, to the past. The scene before her changed from blackness to green.

Green was all she could see. There was so much green. The ground was covered in emerald grass. There were also trees with tops of green. She gasped as she realized what she was seeing. This was when Abayomi had taken her to another land. A land lush with wildlife and full of green. This is where they had fallen in love.

She saw a younger Abayomi tickle a younger her as they playfully wrestled on the grass. She had managed to pin him, but he won the day when he stole a kiss from her. She went red remembering. She wanted to instantly run towards the left, to go back to that time when they were so happy. She started forward but then paused. 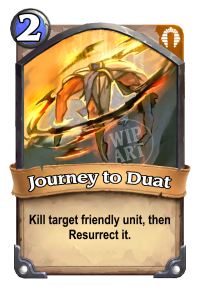 She remembered what Tutankhamun had told her. “Love doesn’t dwell….” She found it hard to look away, but then she turned to the right. That’s when green faded into yellow.

Yellow was all she could see. This new way was nothing like the previous. This way was a warm yellow color. It was the dawning of a new day. It was also a funeral procession at first light. A priest led the mourners into the yellow tomb to begin the final rites.

She saw two bodies wrapped in mummy bandages that were placed on their final resting place. The priest began performing the rites. Aseneth backed away from the scene. She didn’t want it to end. Her life wasn’t really over….was it? She looked back to the left, to the green.

It was the same scene she saw previously. She then turned back to the right. She whispered, “Death is only the beginning,” before resolving herself and stepping forward to the right. One after the other until she was at the yellow light. Then yellow turned to white.

White was all she could see. Everything was white now. She blinked a few times to try to make out anything. Eventually, a female shape appeared before her. The woman before her wore a headdress in the shape of a house and basket.

“Welcome, daughter of the temple. I am Nephthys. You have come a long way, but your journey is far from over. You still have work to do. Death is only the beginning.” The Goddess nodded and the world no longer was white. It was colorless but bright. So bright. Too bright. 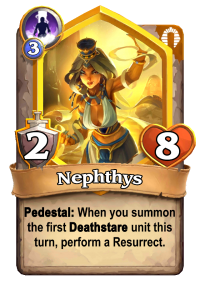 The brightness hurt her eyes. She could no longer see the Goddess. She couldn’t see anything except for just complete brightness. She was going towards a light. She started to panic again. This brilliance can only mean one thing! It was really over!

She tried to turn and run, but everywhere she turned it got brighter and brighter. She felt like she was going to dissolve into this brilliance and into nothingness. Just as it felt like it was all over, she felt a hand grab hers. That’s when she saw his face. Her Abayomi. He smiled at her and spoke. “You should know by now that this isn’t the end. Death is only the beginning after all.”

She felt relief seeing him and smiled back. “So I’ve heard.” She pulled him closer as the world dissolved around them.

This story piece was kindly created by our community member Elmidor.