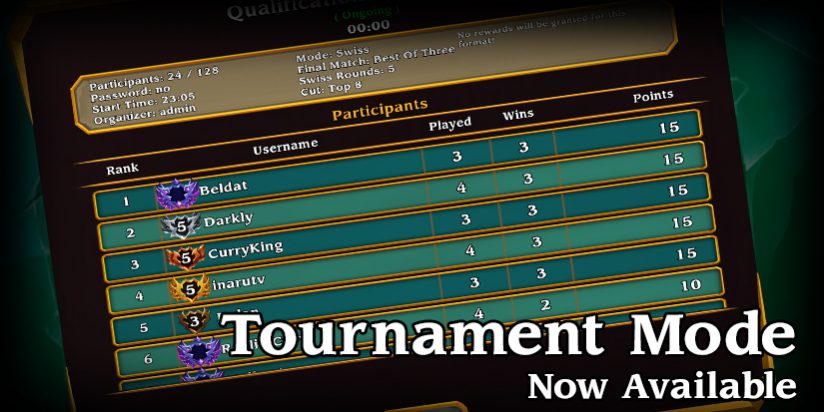 Only a month after our Early Access launch, we are proud to announce that we have a brand new game mode available in World of Myths – Tournaments. It is one of the more complex game modes and is still a challenge for some other games on the market, so we decided to give you more insight on how it works, rules and settings.

Anyone can participate in a tournament – There is no Mythology Reputation of Leader Level requirement. You just need to go to the Tournament Mode on the Play screen and click the “Join” button.

This will pop up a list of the active tournaments looking for players. 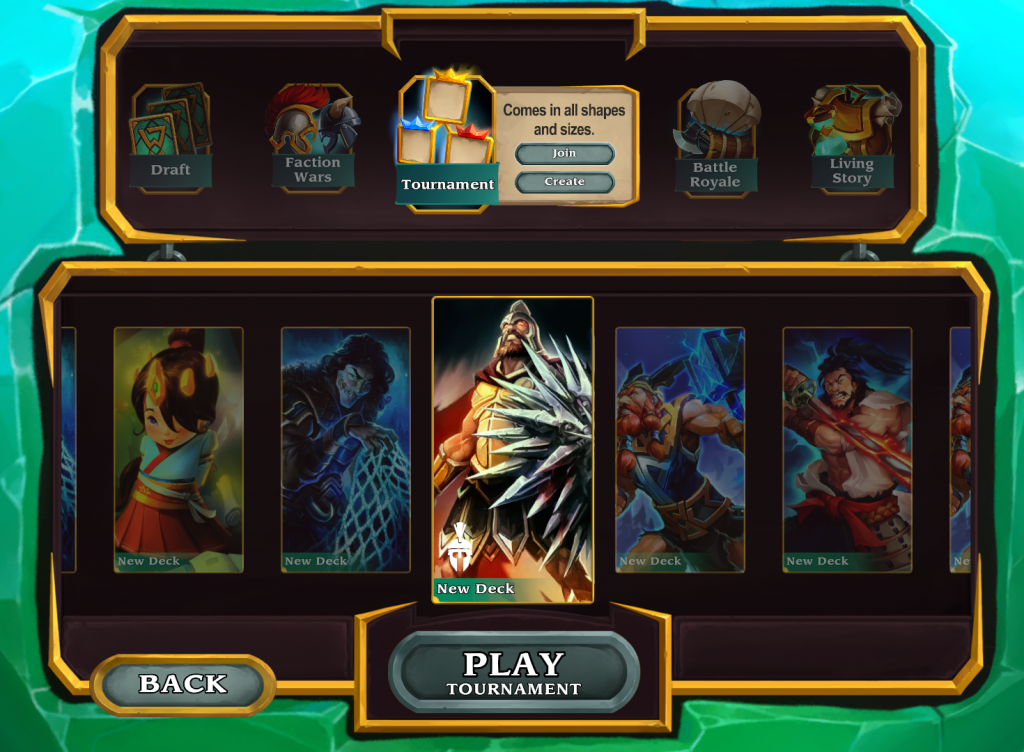 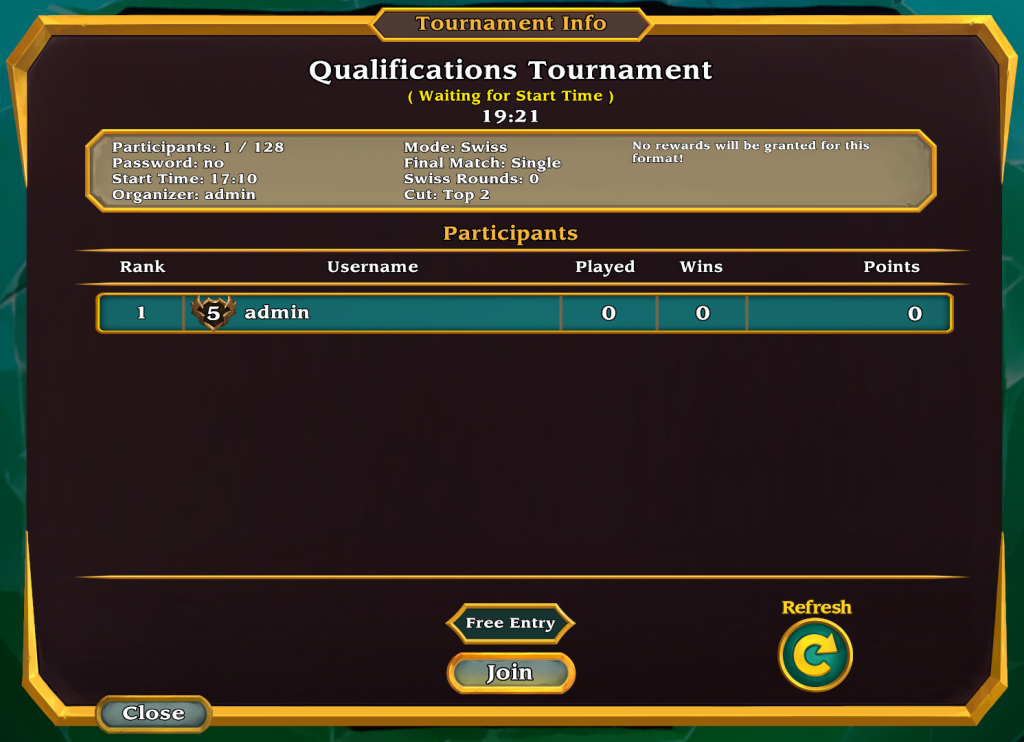 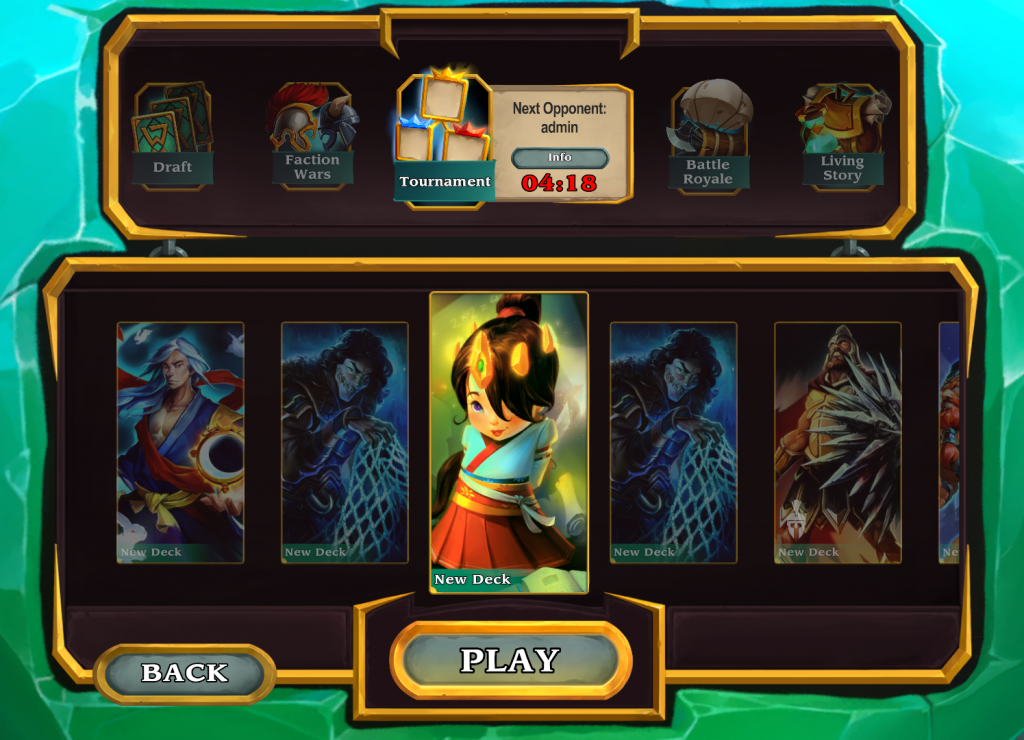 At any time during the tournament, you can check out the current standings and see how you are performing. All players that have been eliminated will be marked in red. 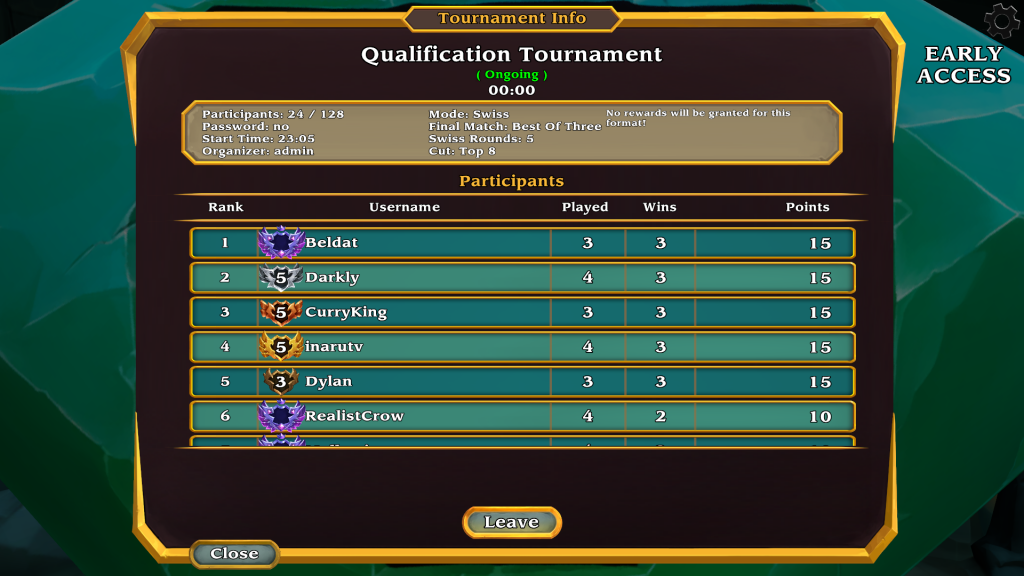 One of the most famous tournament formats is Swiss + Cut. We are also using it in the tournaments that we organize. Swiss is a format where the players have minimum guaranteed games to play, depending on the number of participants (5 games/rounds for 32 participants for example) and each win grants 5 points. The pairings are created based on the total players’ points, their SoS (strength of schedule), Extended Strenght of Schedule (ESoS). Those coefficients are dynamic and change based on the opponents you face. In the case of an odd number of participants, one of the players will get a “bye” which means an automatic win and 5 more points. You can’t be matched to play versus a player who has left the tournament.

After all rounds of Swiss are completed the tournament proceeds to direct eliminations (Cut) where only the top players (with most points and best SoS, ESoS ; top 8 players for 32 participants for example) continue the fight until a champion of the tournament is determined.

Swiss Mode is the default setting for any newly created tournament in World of Myths.

Things to Have in Mind

Creating a Tournament is a fast and easy process. The only requirement to create a tournament is for that player to have any Mythology’s Reputation at level 10.

The following settings are available with their options: 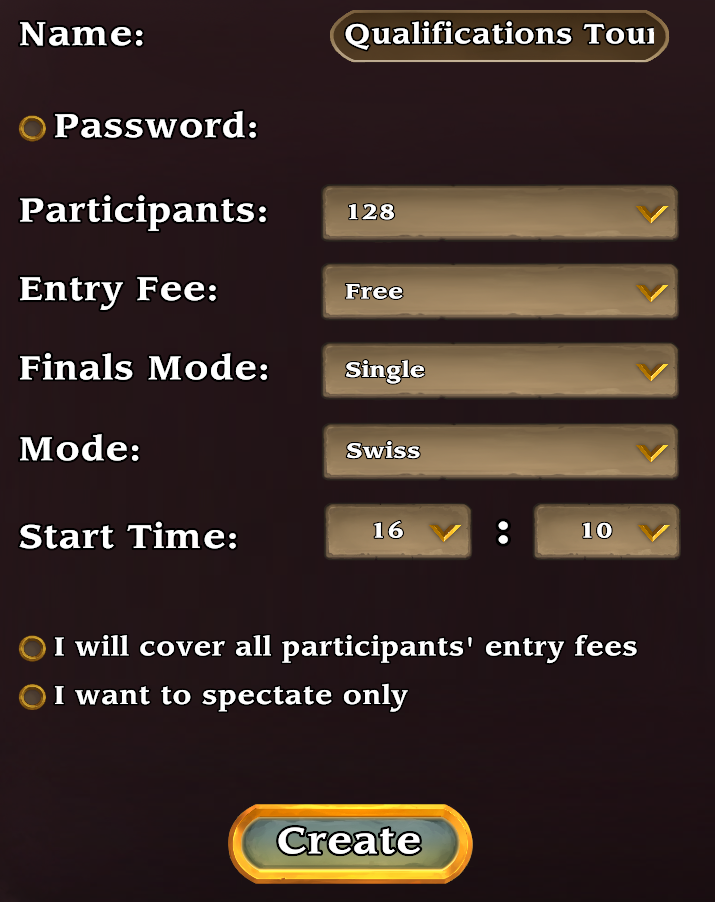 As mentioned earlier the work on the Tournament Mode is far from done. Here is just a brief list of additional settings and features we would love to add as soon as possible:

With the Tournament Mode already in the game, we will now focus on the next big feature which the community has voted to be Draft Mode. We will do our best to have it available in the game by the end of July.