World of Myths – The Card Game You Have Always Wished For 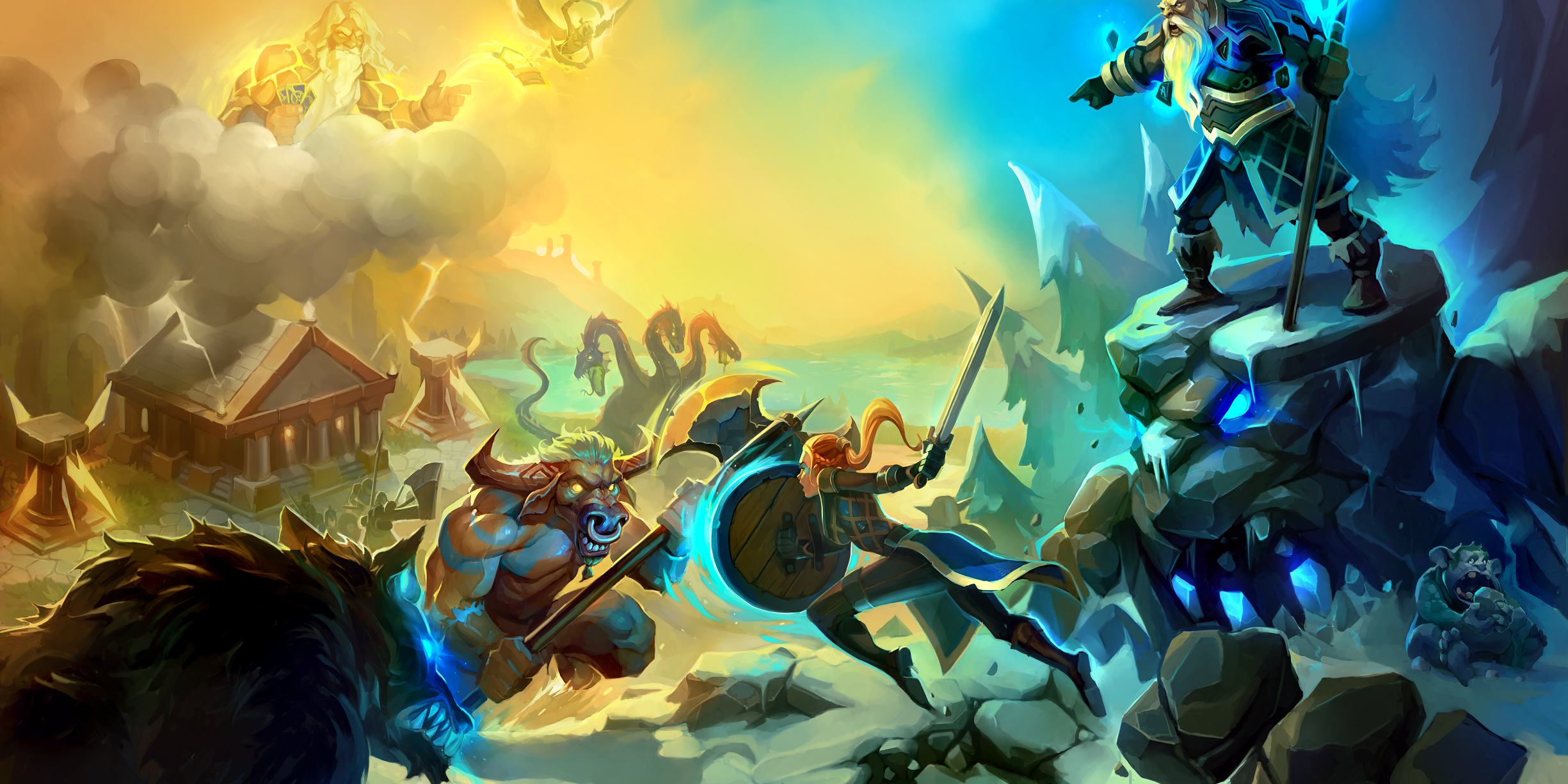 We have shared bits of information about World of Myths now and then. Now is the time to gather everything you need to know in one place:

The Battle System That Gives You Control

Almost all popular digital Collectible Card Games nowadays use a version of the same battle system, created 25 years ago by Magic: The Gathering. It’s 2018 now – we are sending people to Mars, we should be able to come up with another interesting battle system.

When the Collectible Card Games entered the digital world, the genre has lost one of its main beauty – control over battles in favor of more dynamic gameplay with less complexity.

Imagine how many times you have had your favorite minion, the one that was critical to your strategy on the board in Hearthstone. Then your opponent just kills it with his stronger minion and there is rarely anything you can do about it.

We want to change that. We want to show you a fresh, new battle system, that gives you more control while keeping the same dynamic and complexity as other digital Card Games. We have spent more than a year designing and polishing the way battles work and in the end, we have a simple and elegant solution. Here it is:

Each player has 3 temples. Your goal is to destroy your opponent’s temples:

The above points repeat until you win the game, your opponent rage quits or your internet connection drops.

One very important thing to understand about the battles in World of Myths is that there are no attacks between the individual units. They attack as a group and defend as a group. You don’t choose which unit to attack with your unit – you choose which temple to attack. The units in World of Myths have no HP as you will see from the screenshot below.

Example: Let’s observe the state of the board below:

The first thought of our game testers when we show them World of Myths is “Oh, it’s a Hearthstone clone.” Then they spend a couple of minutes playing the game and that first impression changes to “Holy sh*t! This has nothing to do with Hearthstone. I want to play it. Give me access.” 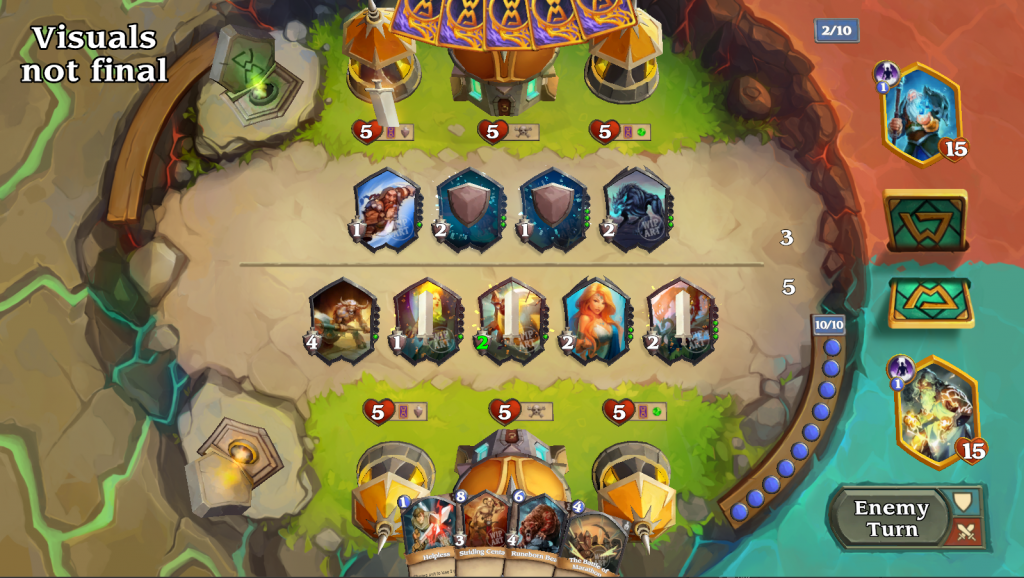 In World of Myths, you will be rewarded to play exactly what you want and enjoy, and you can do it every day. By playing with the Mythology that fits your playstyle and preferences every day, you will gain loyalty reputation points with that Mythology which will unlock some amazing content and rewards for you. 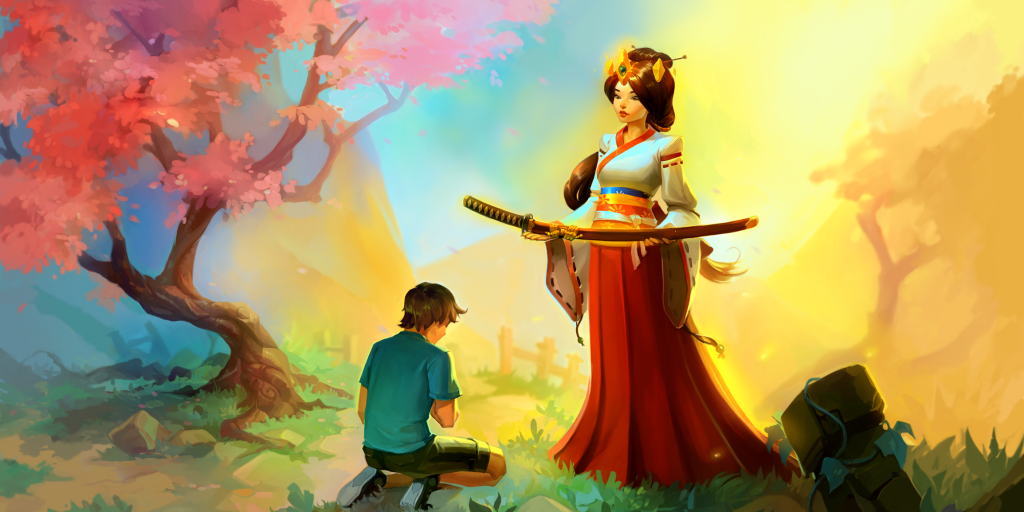 The loyalty system we just talked about helps us with one of the other features of the game – the Faction Wars. World of Myths will have a World Map with each Mythology controlling its own regions. At least this will be the starting point. From there it is up to you.

There will be organized contests for different areas of the map on a regular basis. The Mythology communities will decide by voting which area to attack or defend. 24 hours of 1vs1 battles will determine the winner and whoever gets more game victories will claim that territory for his Faction which will result in massive rewards and unlocked content. 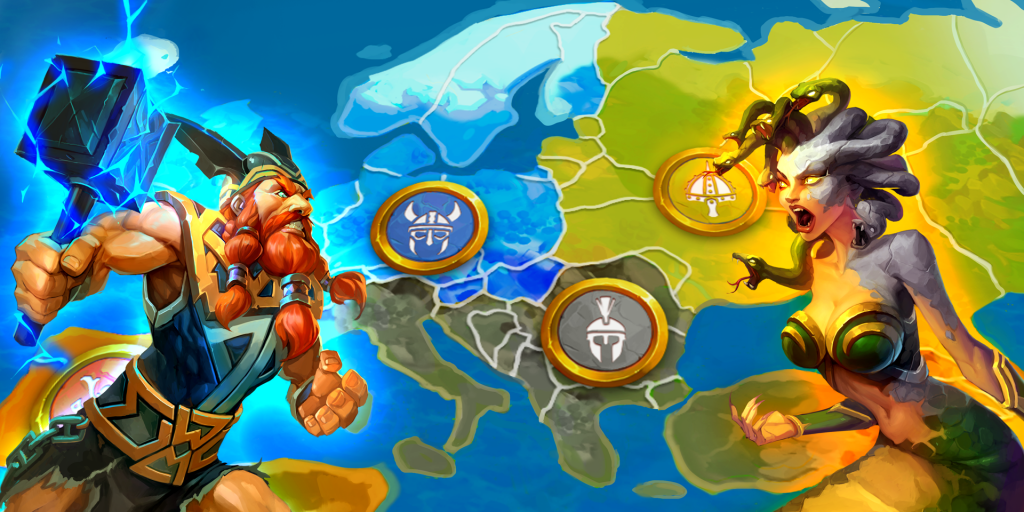 I bet you have played one of those games where your actions and activities can change your storyline and you can end up in a totally different place than your friends. Well now imagine that your decisions can change the whole storyline of the game and affect everyone else playing the game. You receive rewards and get in the history of the game if you do so. How cool would that be? Well, you will be able to find out if you join World of Myths.

The Living Story Mode is the singleplayer mode of World of Myths and will have it’s monthly chapter releases. Each chapter will contain 3 unique challenges against AI. And each fight will have its HINTED, special moment where you can change the story.

I know at first it sounds too abstract. Let me give an example. This month one of the challenges is to defeat Medusa who is hiding the Goblet of Immortality. Jon, playing with the Norse Mythology, solves the hints of how he should win the duel and includes the card “Reflective Shield” in his deck before fighting Medusa. Since Jon is the first to solve the puzzle, the Norse Mythology gets possession of the Goblet of Immortality which changes the storyline of the game and the chapter for the next month. Jon gets his rewards and can brag around how smart he is.

The Living Story Mode is a huge development challenge. This is something that we haven’t seen in any other digital game and we are extremely excited about the opportunity in front of us. Unfortunately, the Living Story Mode will not be available during the early access of the game. 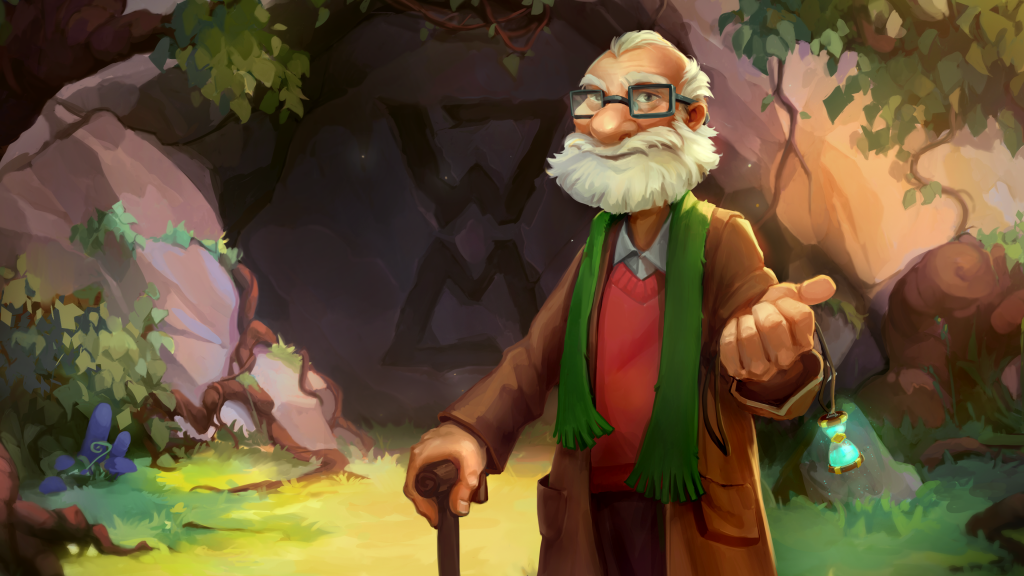 Your Help Is Needed

We have always believed that communities should be able to influence and take part in the decision making of any game. In the end, you are the ones who will play the game(hopefully) and you should enjoy the best possible experience. This is why we want to invite you to take part in this journey and join our DISCORD server. You will get early insight on what we are planning, how the development is going and share your thoughts. We plan to reward the most active of you when the game is released and we can talk about that in Discord ! 🙂

And now the most important question – “When can I play this?” We are doing our best to bring the game to you as soon as possible. I guess this is the trivial answer that any game developer is giving when asked the question. However, we are confident that we will send the first wave of early access invitation no later than the first part of Q4 2018. Make sure to subscribe and be among the first who will have the chance to forge the future gameplay of World of Myths by giving us your feedback. We will give more information on the early access release in the following weeks.

After years of planning and development, World of Myths is getting closer to its release. We are doing our best to deliver the best experience for you. All the messages and comments are giving us the power and motivation to keep going. You guys made us truly believe we are creating something special and we want to thank anyone who has been part of our journey from the beginning and anyone who will join us now.