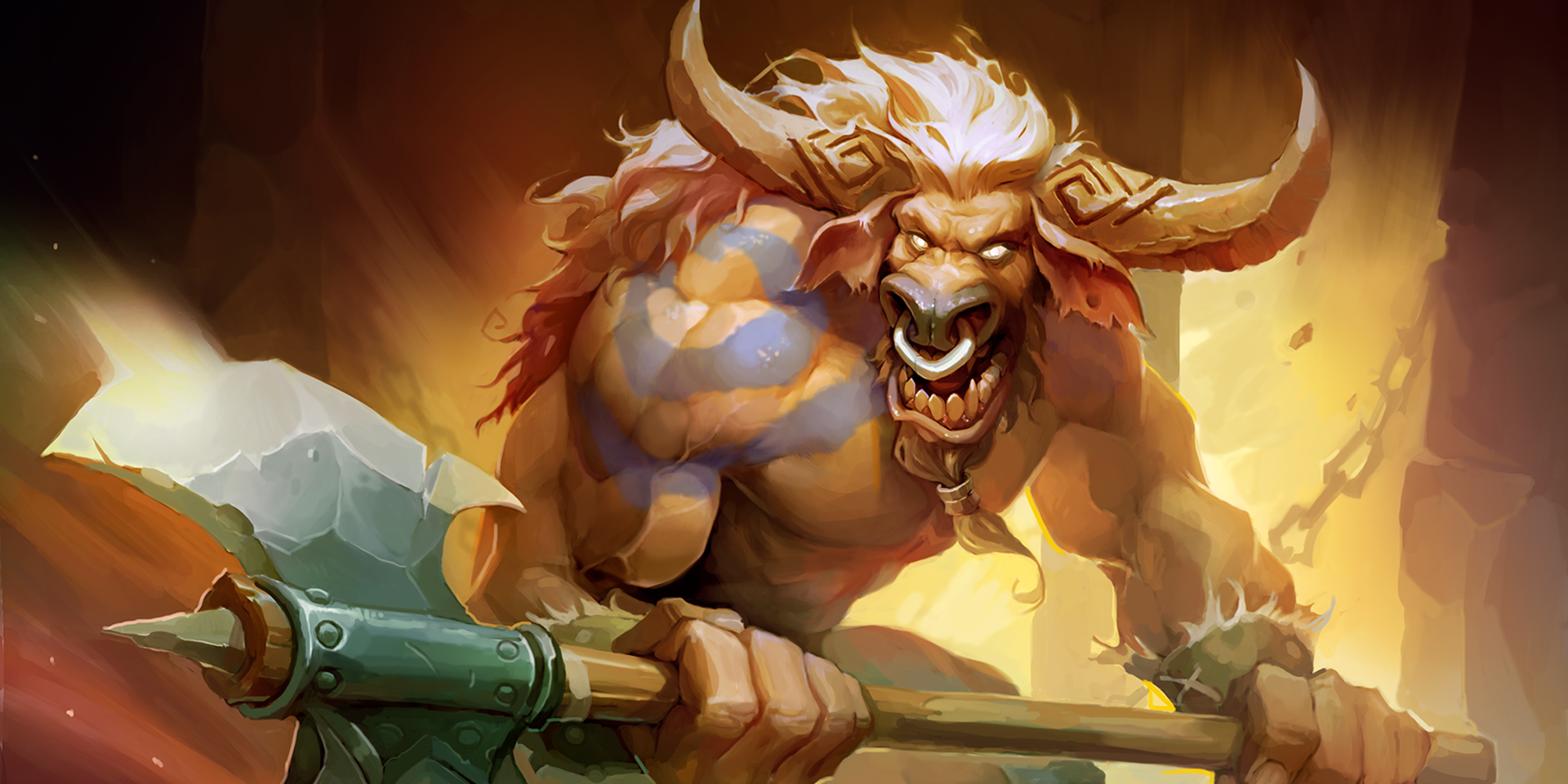 In our previous blog post we talked about the core ideas and driving motives behind World of Myths. Now it’s time to share the unique element that differentiate us from all other online collectible card games – the battles.

Since the release of Magic: The Gathering back in 1993 all collectible card games have followed similar characteristics:

Most of the physical card games use those standards and add different mechanics which makes the games complicated and long – lasting avg. 20-60 mins.

The first online card game with significant success – Hearthstone uses the same pillars but strips down all extra mechanics and reduces the duration of the game to average of 7 mins per game which is key.

However by simplifying the game loop – most of the online card games have done something bad – they have taken away the control from the hands of the players. In the common scenario my opponent will attack and kill one of my minions and there is nothing I can do about it.

(* Example of how combat works in Hearthstone. The active player uses his cat minion to attack his opponent’s boar minion. The boar is weaker and dies. In the common scenario the opponent player can do nothing about it)

The online card games released after Hearthstone follow the same game flow imposed by Blizzard – the minions still have attack and defence and the battles are held in a simular manner.

(* Example of how combat works in Shadowverse. The system is similar to that of Hearthstone)

As you can see not much has changed for the past 25 years – the basics are the same. With World of Myths we are trying to break the wheel (if Daenerys doesn’t overtake us).

Breaking pillar #1 – We remove the attack and defence properties of the minions. In World of Myths the Units have only one property – power.

Breaking pillar #2 – As explained in our previous article the goal when playing World of Myths is to destroy your opponen’t temples not his avatar.

Breaking pillar #3 – Ok so our Units don’t have attack and defence and it makes sense that they don’t attack each other at all. So how would the battles work then? Well it’s quite simple actually

The battles in World of Myths follow 3 easy steps:

After that the power of the attacking player is compared to the power of the defending player. The margin is dealt as a damage to the targeted temple. That simple. It’s all about your decisions – which Units to use for attack, which temple to attack, which Units to use for defence. During the battles you can also play spells – curses and blessings to change the outcome of the battle. You have full control.

With those 2 articles we have tried to present the core concepts of World of Myths and the reasons behind those. We really hope to hear what do you think about our ideas so feel free to leave a comment below. Meanwhile in the following weeks we will contact some of our subscribers who would like to test some variations of the game so if you haven’t subscribe yet – do it now 🙂