After a dramatic finale, a new demigod arises.

CampusX were kind enough to host our second official tournament on the 2nd March. We had some familiar faces attending as well as some fresh challengers. Unfortunately, our first demigod RoanFx could not attend and defend his title and that was well received by his rivals. The players had a chance to play with 3 new leaders and 90 new cards. All mythologies were equally represented but one of the Greek Leaders – Poseidon (designed by our prelaunch challenges champion Megas Alexandros) shined from the start. After 4 rounds of Swiss battles, the top 4 players proceeded to direct eliminations. And we had some familiar faces – 2 of our previous semi-finalists – Lak and JiNn faced each other again. Lak took his revenge and after a small mistake from JiNn, proceeded to the finals where he faced one of our new players – RupertMurloc. 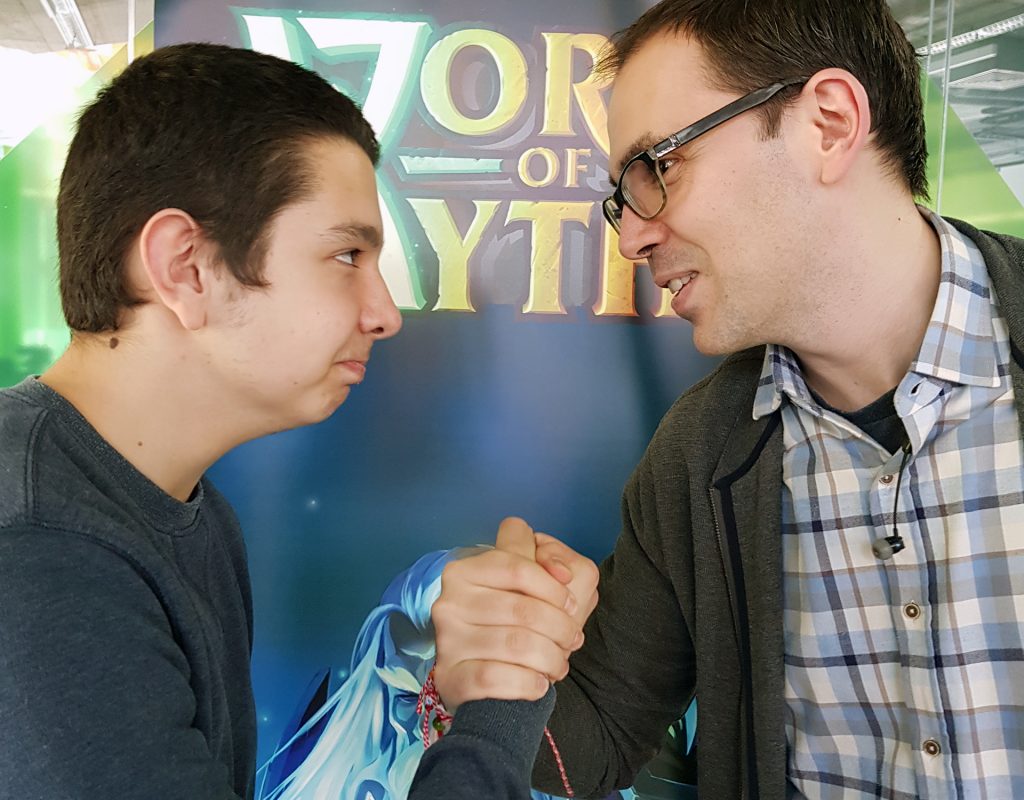 Although this was not initially planned the 2 finalists – Lak and RupertMurloc agreed to play best of 3 games using the conquest format where the winner of a game has to change his deck. After an epic first game in which Lak managed to kill RupertMurloc’s leader Thor who happened to be on the battlefield, Rup mobilized and equalized with his version of Poseidon vs Lak’s Zeus with an elegant double Siege Tactics (“Deal 1 damage to a temple.”). That brought us to the final game where Lak chose to play with Tsukuyomi and Rup picked Amaterasu. Clash of the Japanese leaders. The Godess of the Sun versus the God of the Moon. The God that gives Endurance versus the God that takes it. What a better way to end such a game than Oda Nobunaga – one of three unifiers of Japan (“Summon: Choose an enemy Temple. Kill all other friendly units and deal damage to that Temple equal to half the Power of the killed units.”) played by Lak.

And so we had our new crowned demigod Lak who earned a cash prize, a trophy, the title demigod and a change to design a leader card and who knows – he might have a chance to win the next tournament with it. 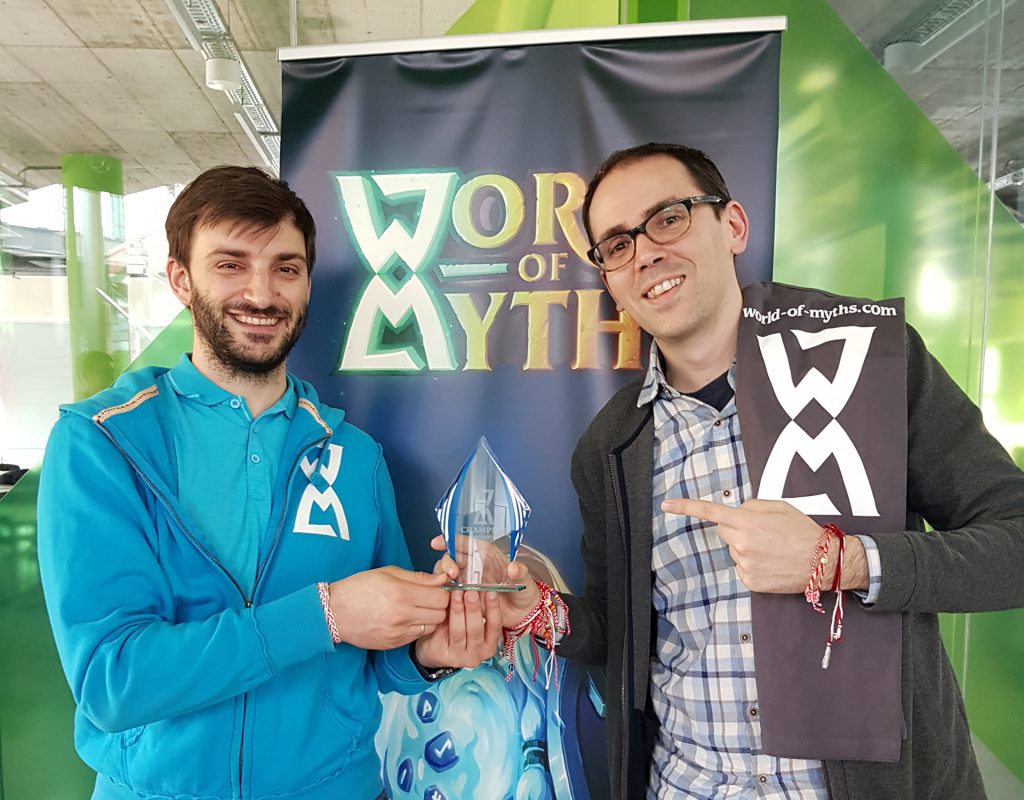 With are now getting closer to the open early access of World of Myths. With all features for the release now nearly completed we are entering a polishing and bug fixing phase to make sure we will deliver the best experience possible.